In post – World War II Canada, there was a drive to develop, taking advantage of abundant natural resources. The Nechako River watershed – 5,450 square miles – drained the lakes of Tweedsmuir Park, British Columbia’s first provincial park, eastwards. This tremendous volume of water, locked in a series of lakes on the eastern side of the coastal mountains, could be channeled and harnessed to produce hydroelectric power, if redirected to the coast.British Columbia was in the process of attracting industry, and invited the Aluminum Company of Canada to explore the coast for a suitable place for a smelter. With a feasibility survey completed, it was found that the Nechako – Kemano area had the energy, and the Kitimat site fit the bill for locating a smelter and deep-sea port. Everything hinged on the dam, tunnel and powerhouse – the energy.
On December 30, 1950, the power agreement between the BC Government and Alcan was signed. The Company was given the go ahead to lease for 50 years the region’s land and water, and flood up to 300 square miles for hydro electric power. In return, the Company would provide B.C. with a large payroll, the world’s largest smelter, and a brand new town in northern BC. Alcan proposed to spend up to $500 million – 2% of the Gross National Product for Canada in 1952. 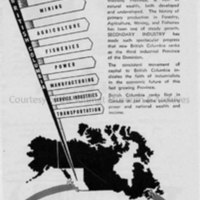 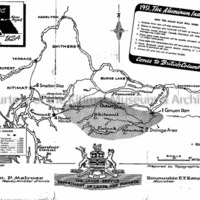 Hard Hats vs. The Wilderness on the Alcan Project

Making It Happen →
The Vision